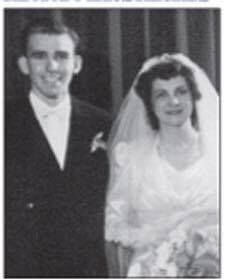 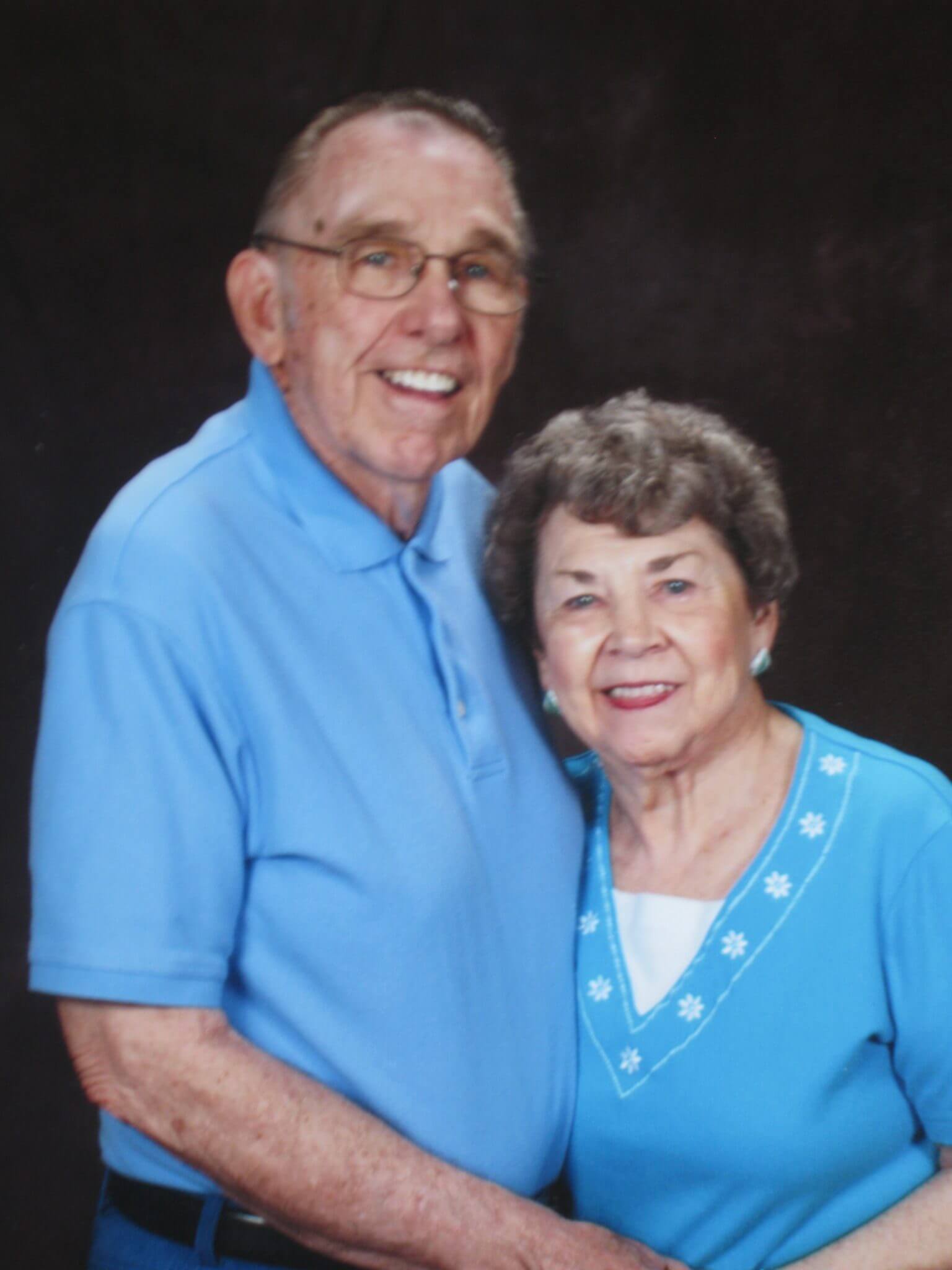 iend invited Jean to attend the 1948 GGF Convention in Ashtabula, Ohio. Jean was impressed by the MBI Choir, directed by Wayne Webb and decided to attend MBI.

Tom’s father was saved at the Pacific Garden Mission in Chicago and attended a Bible Class taught by J.C. O’Hair. When his father realized he was considering going to a local Bible College, he strongly urged him to attend MBI since it was associated with Pastor O’Hair.

They both feel greatly blessed to have attended MBI in its early years and had the privilege of sitting under the teaching of C. F. Baker, Teresa Baker, C. R. Stam, Don Elifson, and occasionally J. C. O’Hair. Jean’s special memories are singing in the choir and other musical groups under the direction of Wayne Webb. 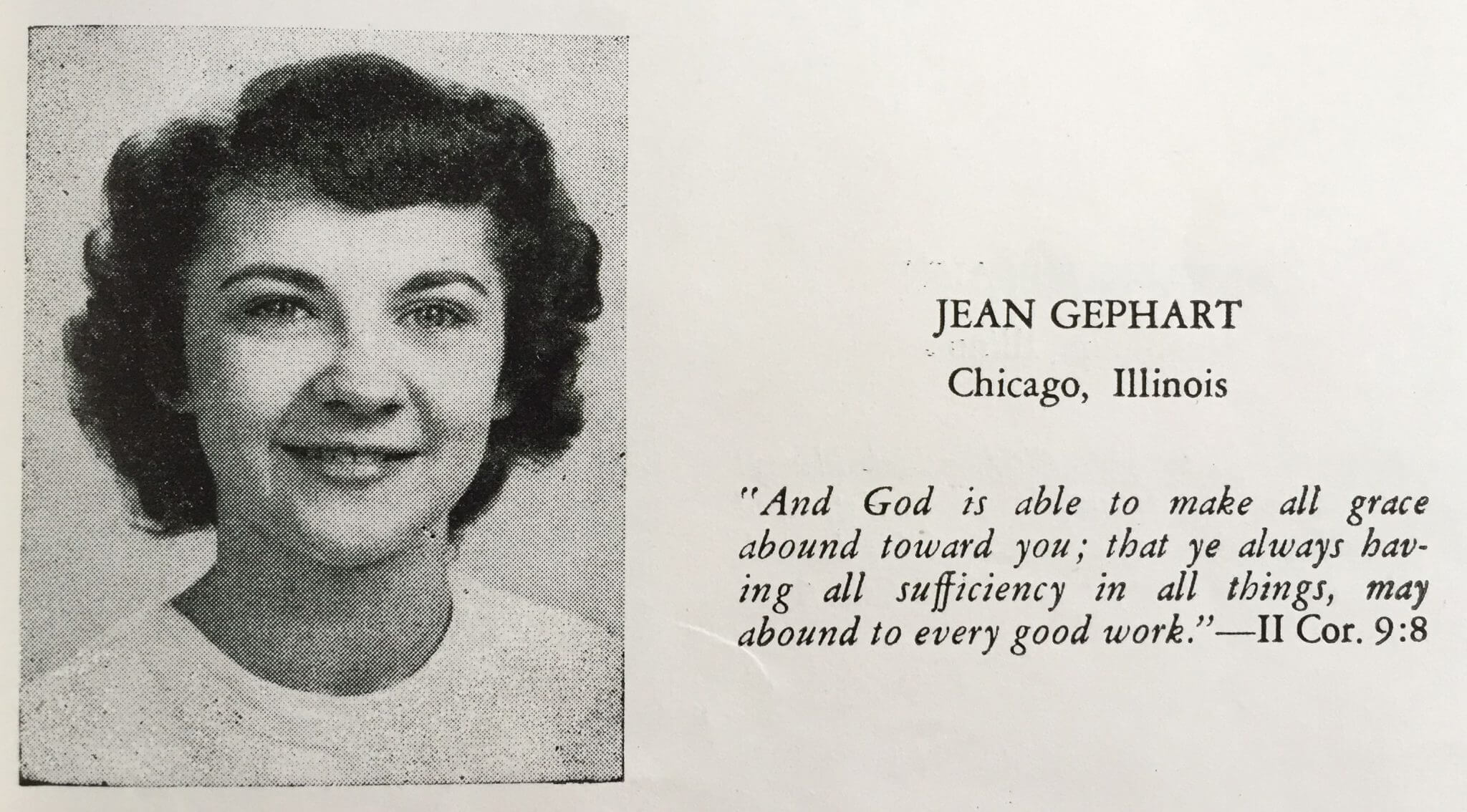 Their fellow students had an enormous influence on their lives! The classes were small, which afforded a close relationship in both school and student ministries. Both served at America’s Modern Mission (held in a small business building in the poor section of Milwaukee). They were privileged to serve there with such notable people as Wayne Schoonover, Eldred Sidebottom, Jerry and Pat (Waterman) Henshaw, Jerry Horgan, and Paxton and Alice (Vidas) MacArthur. Other outstanding students that positively affected our lives (at school and through the years) were Jack and Ann (Tweedy) Dean, Clarence Kramer, Stanley Reed, Rollin Wilson, and Delmar and Pauline (Pike) Anderson.

They currently attend Parkside Bible Church in Holland. Their life together began under the teaching of professors at MBI; now as they near the end of their lives, they are under the teaching of Pastor Gary Spykerman, a former professor at Grace! They are not able to serve as actively as they used to, but as long as the Lord gives them strength, they will remain active behind the scenes. Tom gives clerical assistance to the Praise Team by pulling and filing the songs used each week, and assists the secretary by producing and mailing prayer letters to the congregation. Every other week, Jean plays the piano and Tom leads a hymn sing at a local retirement facility.

Tom and Jean marvel at God’s continued blessings and thank Him for the wonderful opportunity that He gave them to be alumni of MBI/Grace!! 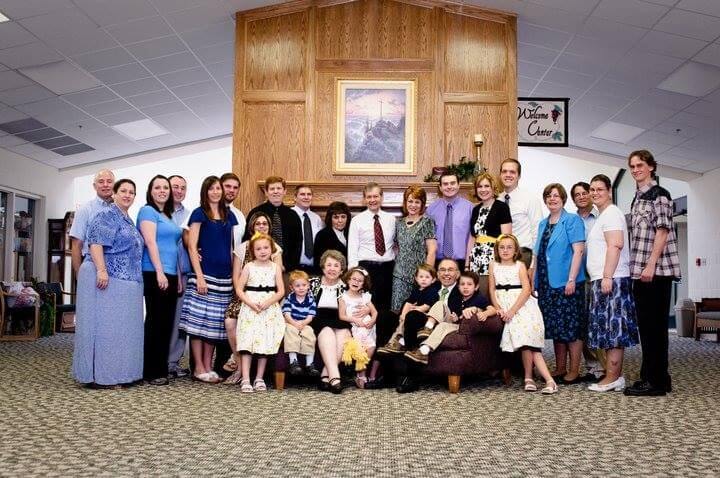 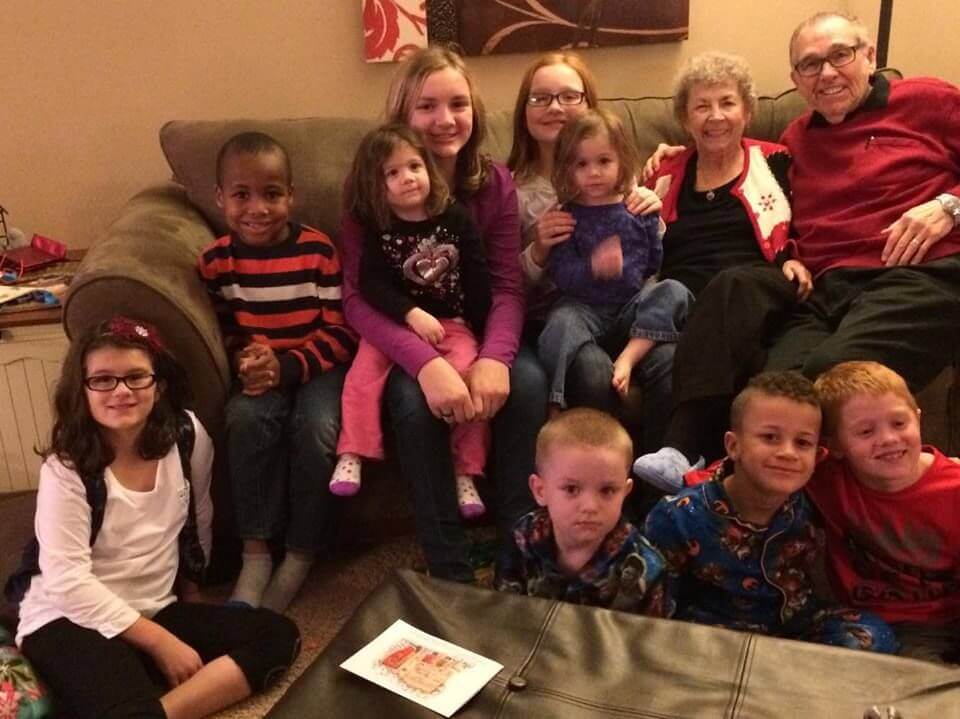