Ken Kemper is the current President of Grace Christian University, and he has been serving in that capacity since January of 2003. 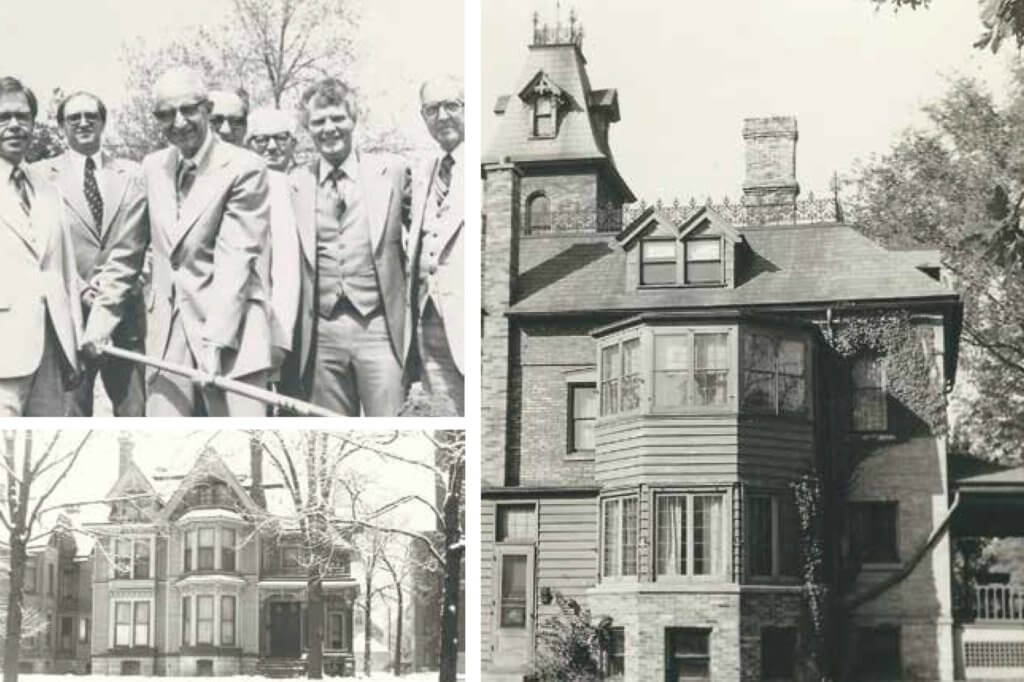 Grace began in 1939. It was founded as Milwaukee Bible Institute, a training center for laymen and Sunday school teachers of Milwaukee. The Institute was organized by Reverend Charles F. Baker, then pastor of Fundamental Bible Church. The regular day school program began in 1945. This move was stimulated by a group of evangelical pastors especially concerned about advancing a dispensational theology approach to the Bible, the distinctive character of the revelation given to the apostle Paul, and the preparation of full-time Christian workers to fulfill this goal. In 1953, the curriculum was broadened and Milwaukee Bible Institute became Milwaukee Bible College.

In 1961, the College relocated to suburban Grand Rapids, Michigan, and was renamed Grace Bible College. The State of Michigan granted the University the authority to grant Associate and Bachelor of Religious Education degrees, as well as a five-year degree for vocational ministers. In 1967, Dr. Jack T. Dean became President and led the College through a period of growth and expansion. Early on, the College (1967) received accreditation from the Association of American Biblical Colleges (now Association of Biblical Higher Education). In order to serve the growing needs of students and those of the broader Christian community and society, Grace has expanded its degree programs over the years. These include Associate of Arts degrees in General Studies and Business as well as Bachelor degrees in Business, Early Childhood Education, Human Services, Interdisciplinary Studies, and Music, Worship, and Technology. The Bachelor of Science in Biblical Studies degree is granted with Concentrations in General Ministry, Global Communication, Pastoral Ministry, Youth Ministry, and Women’s Ministry.

Over the years, Grace has formed consortiums with two local colleges: Davenport and Cornerstone Universities, which allow students to graduate with dual degrees in Business and Education, as well as a few other degrees offered by Cornerstone. Dr. Samuel R. Vinton was Grace’s third President from 1985-1989. Under President Vinton initial regional accreditation was granted to the University by the North Central Association (now the Higher Learning Commission) with the hard work of Dr. Marlin Olsen and others.

Along with academic expansion, the University has been blessed with numerous progressive steps in student development. Bruce Kemper came to Grace in 1990 from pastoral ministry and brought a strong ministry emphasis. Throughout the years, Grace has continued to emphasize ministry off-campus, in the neighborhood, around the country, and with cross-cultural ministry teams locally and overseas. This ministry is often with faculty and staff or student leadership.

Gospel teams which minister to students in churches, along with evangelism and preaching teams have been a constant part of Grace’s commitment to ministry for every student as a normal way of life.
Grace has a proud history of inter-collegiate athletics (soccer, volleyball, basketball, and cross-country). Since moving to the Grand Rapids campus, the teams have earned many regional and national championship titles against much larger opponents.

Ken Bruce Kemper was called on to lead the College in early 2003 when his father retired. By God’s strength, he brought vision and energy to the College. Several significant updates and additions have since occurred on the campus. The Jack T. Dean Academic Center was purchased and remodeled in 2005. This purchase more than tripled classroom space, provided additional faculty offices, and added over five acres to the Grace Campus. The O’Hair Administration Building was also remodeled to house Grace’s Administrative offices, plus Grace Ministries International, Grace Gospel Fellowship, and Grace Publications.

In 2010, Grace began an online education program offering working adults an opportunity to study one night a week or exclusively online and earn an Associate or Bachelor Degree. The Beyond the Bricks Capital Campaign was a revitalization of the campus which added a new student commons and upgraded exterior parking, walkways, and landscaping. God blessed the College’s efforts in student enrollment as it doubled the on campus student count by 2015 and even more online students enrolled. This growth helped Grace grow its program in both size and quality of academic and student services. Most faculty hold doctoral degrees.

In January 2016, after accreditation approval by the HLC, the College began its graduate program with the first degree – a Masters in Ministry, and recently added another graduate degree in Organizational Leadership. These classes are formatted for graduates already serving, and are therefore completely online.

In 2017, the Board of Directors of the College unanimously voted to change the name of the College to Grace Christian University. This change officially took place on July 1, 2018. Grace Christian University reflects the expansion and excellence of the institution’s programs of study while also showing the commitment to our valuable past. The study of the Bible remains a core value, and a significant portion of all degree programs. Vocational ministry also continues to be an institutional priority as well.

Praise God there are hundreds/thousands of Grace Alumni serving the Lord with great impact in various vocational settings around the world today!